Welcome to the debut of the Black Finn comic book series. Below is an introduction to Helsinki’s fictional superhero “Black Finn” in his original comic series.

Who is Black Finn?

The Black Finn is a hero entrusted with protecting Helsinki, Finland. He has an extraordinary dedication to the citizens of his city. He fights villains from wreaking havoc in the city and foil the plans of crooks and criminals.

Since most of the big league villains choose to attack New York, Black Finn tends to get more C-List threats. But he takes his job seriously and never fails the residents of Helsinki. 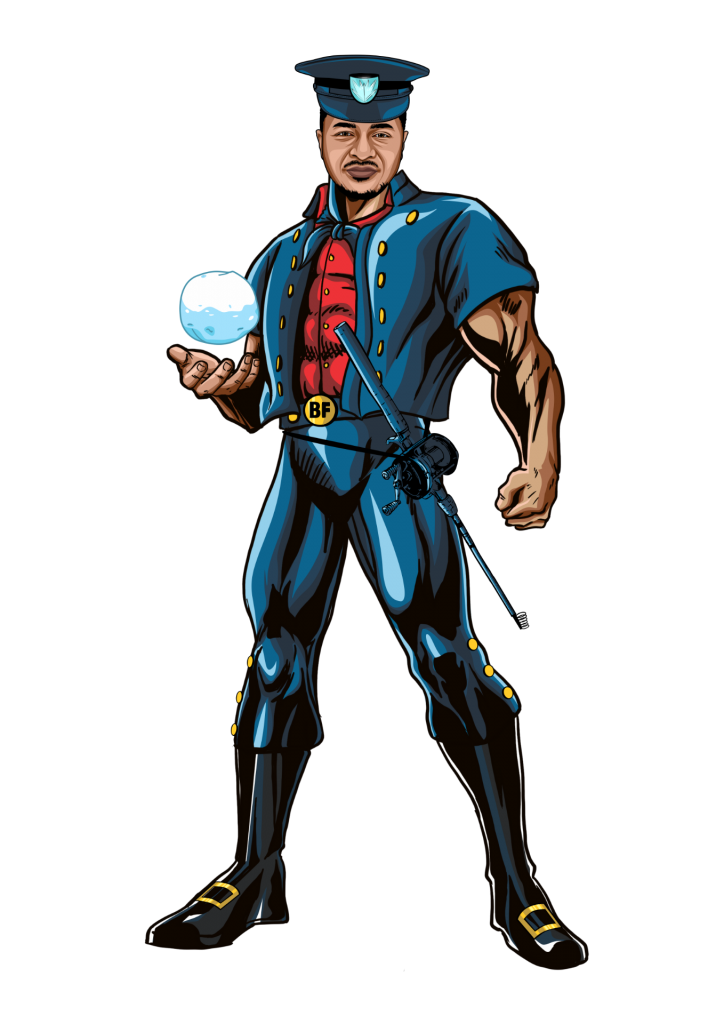 Black Finn occasionally must face enemies of greater proportions, and he always manages to step up to the challenge with his own abilities. He continually pushes the limits of his powers.

[ads_custom_box title=”” color_border=” #003580″]With his fishing rod having the ability to shift into different weapons, he is constantly pushing the envelope on how drastically he can transform it. He can also transform his hat to a helmet which serves as extra protection during battle.[/ads_custom_box]

His mother’s tomb is in an isolated plot of land by the water, and he visits it from time to time but loses his powers when he does so. This is one area he tries best to keep secret — to avoid any attacks or ambushes at the site of the tomb.

The story of the Black Finn comic series sometimes deals with the idea that he does not fit into the Finnish society.

Less than 1% of Finland is black, and 63% of black residents have experienced at least some form of discrimination. The story is still heavily geared toward paying respects to the awesome quality of life in Helsinki. Black Finn loves his city and country and defeats biases through his good actions.

Much of Black Finn’s time is spent fishing. He has a certain respect for fishes and an understanding of them. He oftentimes feeds the citizens with the biggest fish he catches, but he releases some back into the water out of love for fishes. Many of his enemies and battles are based around bodies of water, such as the Vantaa River, Lakes, Forest and the Gulf of Finland.

The series, overall, is extremely scenic in its art. It does not hesitate to showcase the beauty of the water, snow, forest, and the city of Helsinki.

Much of the comic promotes Helsinki, Finland as a whole, reminding readers of the fantastic systems in place, the delightful lifestyle, and the geographic features such as the 180,000 islands, Lakes and vast forests. It will explain why Black Finn is so committed to protecting the beautiful city of Helsinki.

Due to this being a weekly series, the stories can mostly be self-contained within each issue/release, but there can be a few overarching antagonists and story lines like fighting ice-based superhuman villains, crooks and criminals migrating to Finland.

ISSUE 1 — The Rise of a Minority 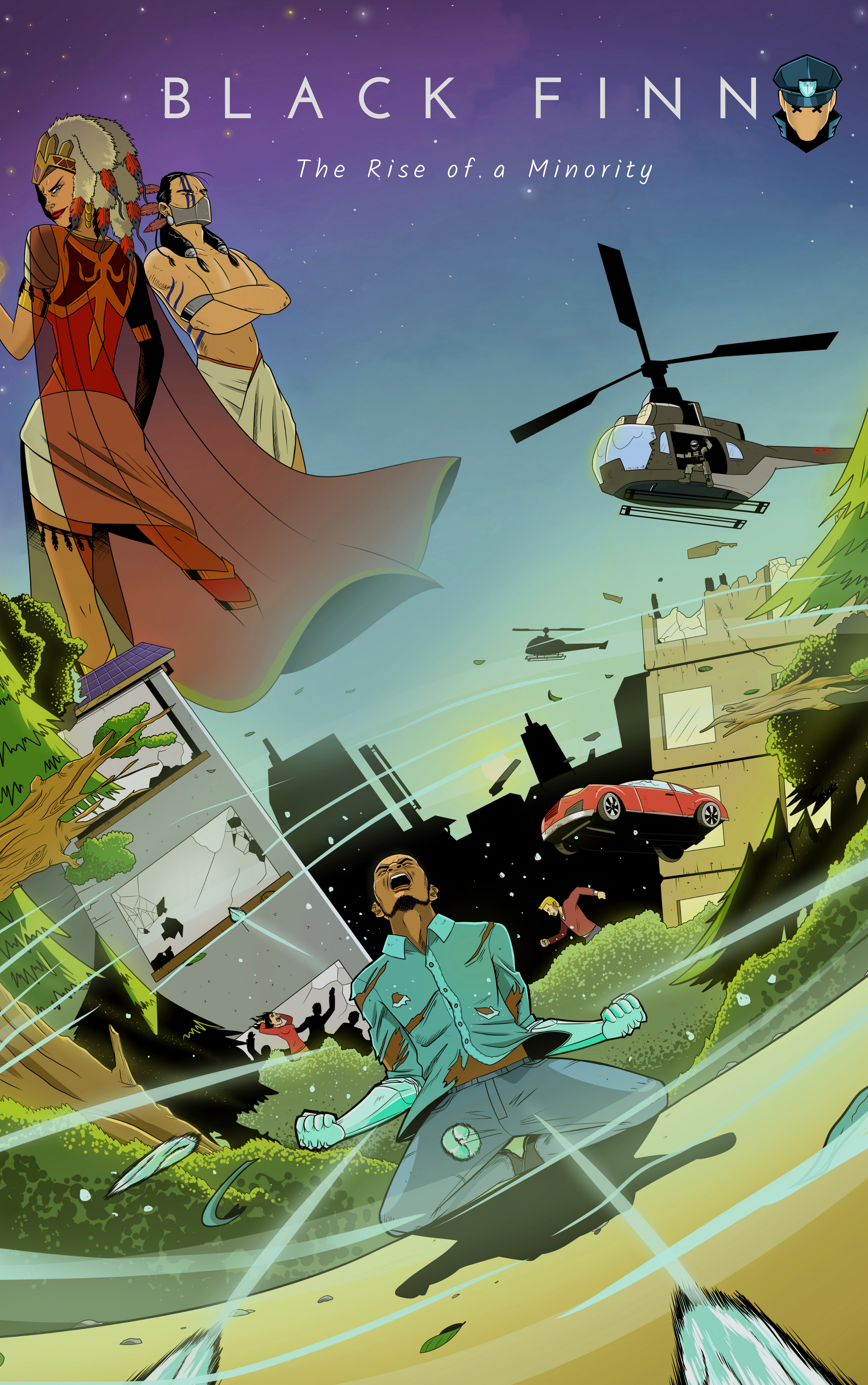