Are there Black Finns in Finland? When most people hear the word Finland, they immediately think of Boreal forests, ice-rimmed lakes, frigid winters, and lots of snow. When most people think of the Finnish people, they conjure images of platinum blonde hair, fair skin, and pale blue eyes.

Very few people will think of the black community that exists within Finland. This common oversight is unfortunate because the black community of Finland, made up of native Finns of black descent as well as black immigrants, is vibrant and populous.

I have been part of that black community ever since I moved to this wondrous nation. During my time living in Finland, I’ve had the great pleasure and privilege of meeting and befriending a vast number of black Finns with American, African, and European roots.

Regrettably, many of my “Black” friends share a history of being discriminated against because of their skin color. Most are even not confident to call themselves “Finns” as they fear members of the society will ridicule them.

The Happiest Country On Earth

Finland has, once again, been named the happiest country on the planet. The ranking, drawn up and published by the United Nations, takes into account what the population thinks about health, well-being, income level, life expectancy, the trustworthiness of the government, etc.

The country’s ranking on this happiness index should come as no surprise given that Finland is often touted as a paragon in education, gender equality, and quality of life. However, Finland also suffers from a darker side of which many people are not aware of.

Hate and racism seem to be on the rise in all the great Nordic countries, and Finland has fallen victim to a growing discourse of racist and intolerant hatred, with Muslim and Afro-descendant communities as the primary victims.

There is a racist and intolerant subset of the Finnish population that believes that people of color are not real Finns.

There have been black families in Finland since the 1800s. Presently, there are thousands of mixed families where either the mother or father is black. Likewise, even though Finnish society is still predominantly white, there are black migrant families with Finnish nationality who have had one or two generations of their family born on Finnish soil.

Black Finns are the second-largest minority in the country. These people are as Finnish as anyone whose family name is Korhonen, Virtanen, or Mäkinen.

Why not? They were born and raised in Finland and are not familiar with any other tradition than Finnish culture. These people cannot live anywhere else but Finland, yet they are discriminated against and not accepted by members of the society. How sad is that?

My Personal Experience and Outlook for the Future

I’ve personally had to deal with constant racist microaggressions through comments, questions, attitudes, and certain gestures. Black Finns experience racism in different ways; For example, some racism is structural, such as that seen in the labor or housing markets.

Thankfully, the racists are the minority. The vast majority of Finnish people are tolerant and inclusive, generous, and compassionate. In fact, Finnish legislation prohibits the police from detaining citizens based solely on the color of their skin or on ethnic or religious characteristics.

The Finnish population deserves to have an equitable and inclusive society moving forward, so it becomes absolutely necessary that we all, whether white or black, find the courage to speak up and break the silence on racism.

We must bring new angles to the discussions that will be had this coming decade on the subject of race, equality, and inclusion.

Are there Black Finns in Finland? 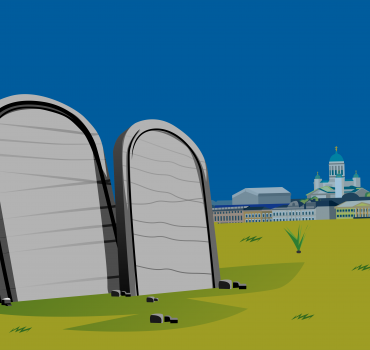