Wondering What the Finnish ten commandments are? You are about to find out. When you visit a new country, there is a great tendency to experience a cultural disconnect. Most times, this can lead to fun or quirky stories. However, sometimes, you risk being the person who accidentally does something that the people in that country find appalling.

Every country has its own customs and values. Understanding and adhering to the cultural values of a country will enable you to have a better experience and appreciated by the locals.

Finland is a unique and socially advanced country, in that, it differs from many other countries around the globe. If you plan to visit Finland, it is important to know the following Finnish 10 commandments — in other to reduce cultural shock or eliminate any element of surprise.

Arriving late to work, school, appointments or any planned social meeting is not something the Finns or Finnish residents take lightly. Punctuality is very sacred in Finland, hence why the Finns are 99% always on time.

The term “politeness” is relative. What you consider impolite might be polite in some cultures or societies. In Finland, there are several things you do that will make you come as someone that is rude. For example, interrupting during a conversation is considered impolite in Finnish culture. Similarly, engaging in small talks or talking out loud is not something the Finns value or appreciate. Learn more about impolite acts and behaviors in Finland here

3. Do not flout the rules

Abiding by the rule and regulation is standard in most countries. However, in Finland, the expectation is very high. Orderliness is deeply ingrained in the society so much that you will feel the sense of it everywhere you go, especially in the city of Helsinki. For example, you will hardly find the residents jumping the line in the train or bus stations.

Even if Finnish is the official language in Finland; you need not know how to speak the Finnish language in other to visit. However, if you intend to live or work in Finland, you must know how to speak at least basic Finnish in other to go about living your daily life. Besides, the locals have a very low tolerance for those who migrate to Helsinki to live and don’t make an effort to learn the Finnish language.

Not that the Finnish people don’t have a sense of humor, but you probably don’t know how to land the kind of jokes that they will appreciate. Finnish humor is dry and Finns like dry jokes. Avoid jokes (especially if it pertains to Finnish weather or ice hockey) totally until you are certain or have mastered Finnish humor. 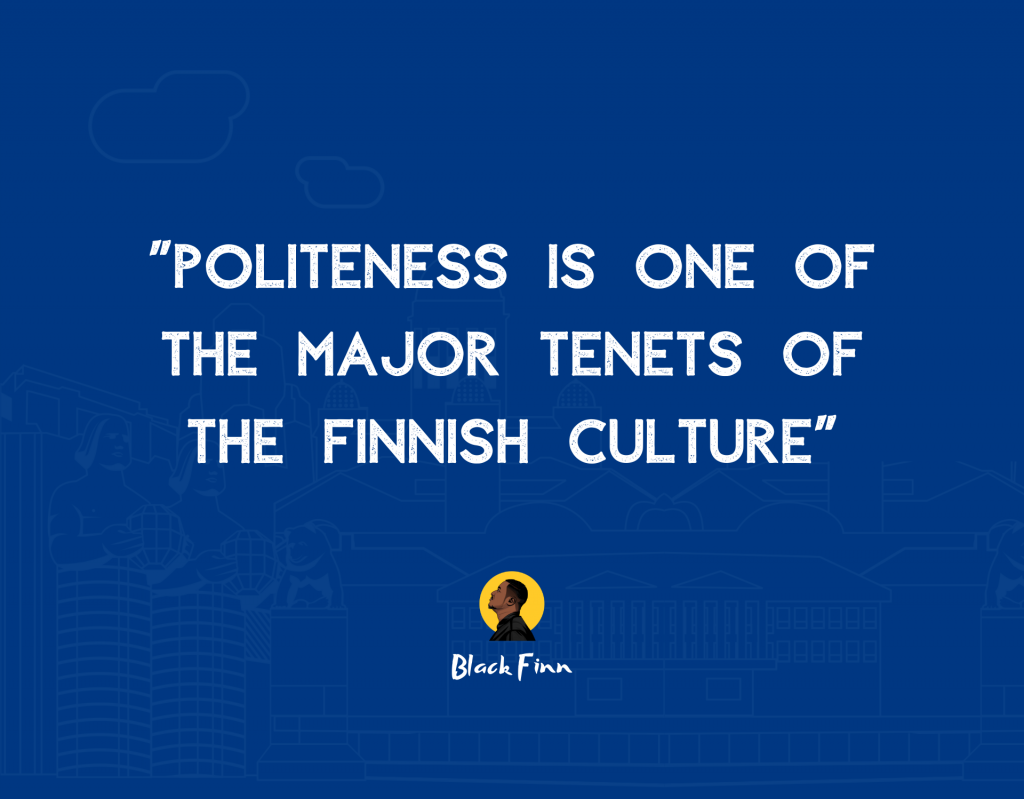 6. Leave your shoes at the door

In Finland, when you pay someone a visit, you are expected to leave your shoes at the door. Most houses in Finland have a shoe rack or corner. Finns or residents of Finland will be offended if you stomp into their house wearing shoes.

Personal space differs between countries. In Finland, the recommended personal space is between 1 – 1.5m.  Do not stand too close to people or hug people who haven’t openly invited you to do so. It is very common to find people sitting alone in public transportation. For example, a Finn will rather stand than sit next to an individual in the train, bus, etc. They just don’t want to bother you.

8. Don’t wear any type of cloth in the Finnish sauna

I learned the hard way not to wear cloth in the public Finnish sauna. Coming from a different country where seeing another man’s nakedness is not something i was used to. So i went into the Finnish sauna wearing my swimming trunk. It wasn’t long before i was kicked out from the sauna by some angry sauna-goers.

When you are conversing with a Finn, at some point you may experience a sudden “awkward silence”, I call it the “Finnish sudden death silence” — it is short and can last for about 20 seconds.  Many believe that it is a time the Finns use to “recharge their batteries” while others think of it has  “a time to end the conversation”.

Whenever you find yourself in this situation, the best you can do is go with the flow — nod your head if they are nodding, stare if they are staring, etc.  Until someone breaks the silence. Don’t spoil that sacred moment by interrupting the silence.

10. Respect the Finnish forest and lakes

While some countries take respect for nature as more of a rule than a law. Finnish people have a strong devotion to their forest. There is a spiritual connection between them and the forest. Many Finns use the forest if they need a boost; in fact, it has become a source of healing for many.

That being said, do not litter, disturb the natural forest in any way sacrilege. You can swim, fish, canoe, etc. But don’t litter or disturb others in the process.

There are other tenets that the Finns hold scared other than the “Finnish ten Commandments” enumerated above.  However, the aforementioned are the most important of all, hence, why they made it into the Finnish ten commandments.

Finland is a beautiful country filled with amazing places to visit and interesting people. One of the cleanest and safest places on planet earth. 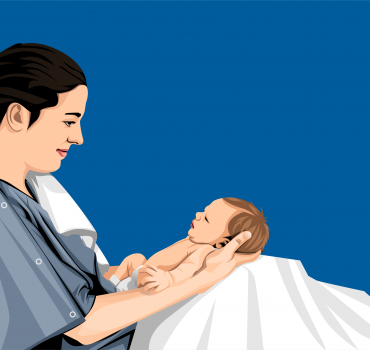 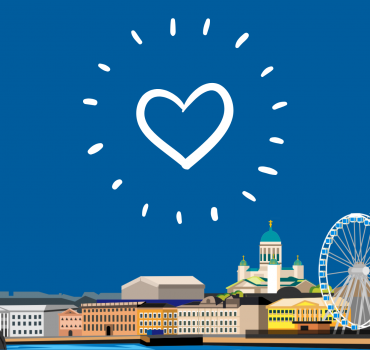