Suleiman was the elder of two siblings. He lost his father, mother and younger siblings during the Sudanese conflict. He was forced to flee Sudan after avenging the death of his family-in a time of great peril-to look for a new place to call home.

After bouncing around nine different countries seeking asylum and safe shelter, he finally found what felt like a welcoming place in Helsinki, Finland and was in the process of seeking asylum there.

Even though he felt safe in Finland, the painful memories of the war in Sudan, the death of his family and the perilous journey there never ceased to haunt him.

From sleeping in a small Sudanese airport with gunfire all around him, to the illnesses and torture he endured in Libya before getting on a boat to Europe; He had witnessed many refugees drown as they tried to swim from Morocco to Spain. All of these traumatic events caused Suleiman to have recurring nightmares.

Aside from the flashbacks, Suleiman was also worried that his application for asylum would be rejected, and he would be forced to return to a life on the run. He was anxious about what would come next.

One sunny morning, Suleiman went to the store to buy cigarettes. As he reached into his pocket and pulled out his wallet –  something fell out. It was the lottery ticket he bought some days ago. After paying for the cigarettes, he handed the ticket to the store manager. “Check it, please.” He said, as calmly as he could muster.

As the store manager scanned the ticket Suleiman heard a noise – and at the same time, the store manager exclaimed “Oh my God – you won!” Suleiman, shocked by the news, muttered”Wallah,” stretching his neck to get a better view of the amount he had won. As he looked at the machine, he saw the number:  5,000,000 euros. Suleiman’s heart started to pound, his eyes began to water, and his hands were shaking uncontrollably.

The store manager told Suleiman to go to the lotto office that very day to get his winnings.

Suleiman rushed out of the store with a giant smile on his face and was almost skipping with joy on his way to the lotto office.

After presenting all the necessary documents at the lotto office, he was told by the lottery department manager that the sum of 5,000,000 euros would be paid into his account in 7 days.

As Suleiman heard those words, he started to cry tears of joy. He remembered all the trauma and hardship he’d been through for the last 3 years to the lotto manager who was sympathetic and  happy for him at the same time. The lottery manager fervently shook Suleiman’s hand.

Suleiman continued to shed tears on his way back to the asylum reception center where he was staying. Upon entering the building, he heard the receptionist call out his name, holding up an envelope; “Suleiman – you have mail!” . He hurriedly walked up to her and collected the envelope, which had his name printed on it.

As he opened it up, his heart started racing and his palms got sweaty. His hands shook as he read the letter. He got to the last sentence and reread it, over and over again. Due to the mass influx of asylum seekers, Suleiman’s application for asylum was rejected. He had three days to report to the immigration office for deportation.

His heart sank and he broke down in tears in the middle of the sidewalk. How could this happen? Just when his luck was turning around, he was now being sent back to Sudan to die?

How do I get my money before I leave? Suleiman pondered. He felt crushed, and slowly  walked up the stairs to his room.

He thought long and hard about what to do. He knew he needed to act fast in order to claim his lotto prize before leaving Finland. As he laid on his bed, racking his brain for hours, he finally hatched a last-ditch plan to get his money.

The next day, he took his lottery ticket and went to the lotto office. He asked to speak with the manager. After explaining the situation to the lotto manager, Suleiman made his proposition: “I will split the money with you 50/50, if you see that I receive my money before I leave Finland.”

With that sum of money, the lotto manager agreed to Suleiman’s proposition without hesitation.

He promised to process the payment of 2.5M which would be transferred to Suleiman’s bank account on the same day he was to be deported.

They shook hands, the manager smiling and reassuring Suleiman, and both agreed to meet at Suleiman’s bank in two days.

On the agreed-upon date, Suleiman went to his bank, carrying an empty bag. As he walked into the bank, he was summoned into an office by the manager, who was waiting for him.

Within seconds of Suleiman entering the office, he was surrounded by immigration authorities, pinned to the ground and handcuffed. He was in shock and didn’t understand what was happening.

As Suleiman was taken away, he stared at the lotto manager who stared back with a sinister smile painted across his face. That is when it dawned on Suleiman – that he had been set up. He was stabbed in the back.

Suleiman wailed endlessly as he was driven away in a police van, to be deported back to Sudan.

See also the Story of Bakary 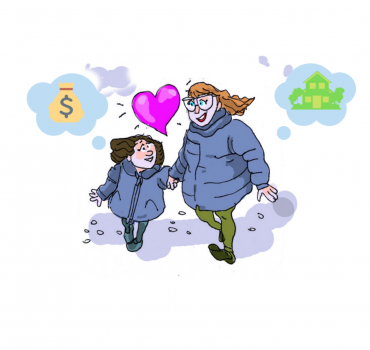 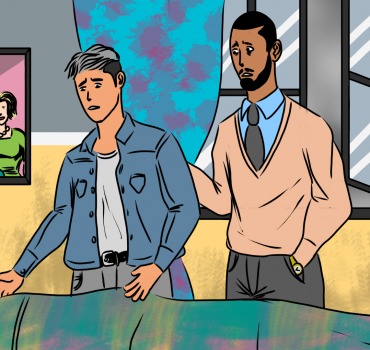