Bakary, desperate to travel abroad registered on several online dating websites, in search of a woman he can use as a ticket to escape his homeland.
He heard about the kindness and down-to-earth nature of Scandinavian women and decided to start there.

He chatted with various women for months, but none of them were buying his story. Just when he was about to give up, he received a mail from Leena, a woman he had messaged, some days ago.

Leena was a divorced mother living in Helsinki, Finland. She was in her late forties.

He chatted with Leena for months, during which he manipulated and sculpted their relationship into one of devotion and love. He lied his way there, one message at a time. Filling her head with half-truth about himself.

He built himself into the perfect man. Someone a divorced mother could fall in love with. Someone she would want to save. It was all part of his grandiose plan.

He needed a way out of his homeland, and Leena was his only chance.

After several months of chatting, Leena flew to Gambia’s capital Banjul. They had planned to get married.

When they met face-to-face at the international airport, the charisma Bakary had shown online was only strengthened. He was able to read her body language in a way he couldn’t online. It helped him construct even more believable lies and misdirection.

He made silly jokes that made her laugh, her face lighting up with every chuckle.

They had a quiet wedding. Leena stayed in The Gambia for three weeks, helping Bakary arrange and, more importantly, pay for his international passport and travel documents.

After her three-weeks visit to The Gambia, Leena returned to Helsinki and immediately applied for a residence permit on Bakary’s behalf. As usual, the processing time was long and grueling, but the newlyweds passed the time with long conversations online.

Both Leena and Bakary will send each other loves messages, expressing their love for each other. Leena will send photos of her every day to Bakary.

Bakary, in turn, will call Leena every night, continuing his perfect husband persona. He even told her that spending the rest of his life with her was all he ever wanted. He was such a sweet talker. He would tell her how much he loved and missed her; how much he couldn’t wait to see her again.

After many months of waiting, Bakary’s residence permit was finally approved. As Leena broke the news to Bakary, he beamed with accomplishment. He had done it. His plan had worked. The escape from his dire homeland was finally a reality.

Within a week, Bakary traveled out of Banjul. Before that, he had told his friends and family how he was using Leena as a ticket to travel abroad. He even joked about Leena being so desperate for affection that she actually believed he could be in love with her, a woman nearly 20 years older than him.

He assured his family that they could soon follow him to Helsinki. He promised that as soon as he settled in Helsinki, he would apply for residency on their behalf so that they could join him.

Bakary landed Helsinki. At the airport, Leena and her 12-year-old daughter Laura waited at the arrival to welcome him.

The three of them spent a magical day in the park, devoured huge ice cream cones, taking in the high summer sunshine and warm breeze. They walked around their neighborhood and ended the day with a movie.

Leena and Bakary made one more memory of their own before collapsing in exhausted sleep. The next morning, Leena made breakfast for her husband and kissed his cheek with a smile.

Bakary soon learned a less loving part of Leena’s life. Something and someone she had rarely talked about before. Her ex-husband, Martti. They had gotten together when they were young, and Leena admitted it was a mistake. She had married Martti for the wrong reasons, the main one being financial stability.

Martti was a wealthy stock trader, and the promise of economic security had been what Leena wanted. But, in the 13 years, they were married, there was never a true spark between them. Through tearful eyes, Leena told Bakary of a loveless marriage that eventually led to apathy, which, as it often does, led to a messy divorce.

She lamented about how Martti was spiteful and cruel during the breakup, threatening to take their daughter and never let Leena see her again. He held up divorce proceedings, made hateful accusations and showed what Leena called, “his true colors.”

By the time she finished telling Bakary about her ex-husband, he felt enraged. Though Bakary didn’t truly love Leena, yet he stewed in anger at the thought of Martti.

The plot to steal

Leena and Laura arrived home one fateful evening, both sporting bruises on their faces and arms. Leena told Bakary how a meeting with Martti over child support payment had turned physical. Leena was inconsolable, her daughter, quiet with shock.

Seeing that, Bakary was enraged. The dislike Bakary had felt for Martti instantly changed to deep hatred.

That night, Leena confided in Bakary to help her steal money from her ex-husband’s home. She told him how Laura had found a stash of million dollars in Martti’s closet. She promised to share the money with Bakary if he consented.

Bakary, moved by the idea of amassing so much wealth in a short period of time agreed to steal the money from Martti’s home.

They planned with Laura, who stays with her dad on the weekends to leave the door open for Bakary to come in and spray chloroform on Martti’s face when he is asleep.

As planned, Laura left the door open and Bakary sneaked into the Martti’s home, sprayed the chloroform on Martti’s face, headed straight to the closet, and started filling up the duffel bag he had come with.

He filled up the bag with money and made his way to the front door. When he opened the door, he did not see the peaceful suburban scene from just a few minutes ago. Instead, the street outside was flooded with police officers, lights flashing on their squad cars, dozens of them with weapons drawn.

Terrified and confused, Bakary surrendered. He was apprehended, handcuffed and led into the police van.

Laura had called the police and informed them about a possible robbery and homicide minutes before Bakary arrived at Martti’s home.

She was earlier instructed by her mum to call the police 10 mins before Bakary showed up.

During his interrogation. Bakary learned that the chemical he thought was chloroform, was actually Sarin — a lethal concoction — that killed Martti.

At this point, all the pieces started to fall into place, Bakary soon figured he was just an accessory to murder.

He had been duped by the victim of his own deceit.

The trial was a speedy one. Bakary was convicted of murder and sentenced to life in prison. As the judge passed the judgment. Bakary wailed in the courtroom.
His cries bounced off the walls and rang throughout the courthouse, each plea of mercy more deafening than the one before.

As the guards led him out of the courtroom, Laura gave a look to her mother and smiled. Leena smiled back. A million dollars was nothing compared to Martti’s substantial estate, an estate that would now be Laura’s.

The story of Bakary 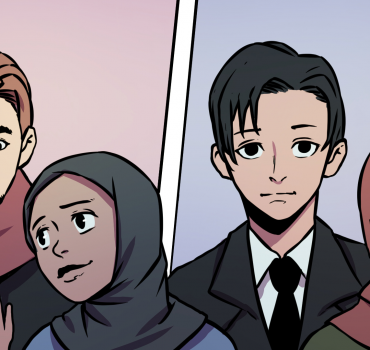 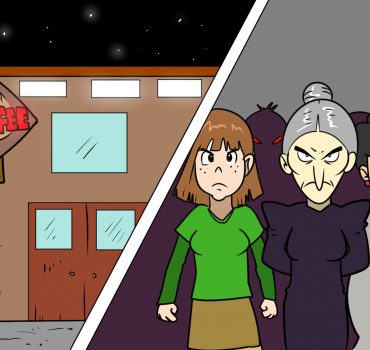